Dragon Age: Inquisition came out in November of last year, and it is fantastic: a compelling story, excellent combat mechanics, and well-written characters, and more.  Inquisition’s developer, Bioware, is known for crafting immersive, story-driven action role-playing games (RPGs).  Players, through their player characters (PCs), get to be heroes: saving the galaxy (Mass Effect), ending a terrible Blight (Dragon Age: Origins), or saving the world from a horrible god-monster (Dragon Age: Inquisition).

Another aspect Bioware is known for including in their games are romanceable non-player characters (NPCs).  While saving everyone, sometimes it’s nice to have someone special to come home to.  Bioware has historically pushed the envelope in these romances, by including realistic portrayals of same-sex partners (Mass Effect, Mass Effect 2, Mass Effect 3, Dragon Age: Origins, Dragon Age 2, Star Wars: The Old Republic).  In 2007, they also caught heat for a human-alien sex scene in the lead game of the Mass Effect Trilogy.  Inquisition is no different.  There are eight romantic options, four dedicated straight options, two dedicated gay options, and two pansexual options.  This is impressive enough.  But Bioware added in a twist for one of the pansexual options. 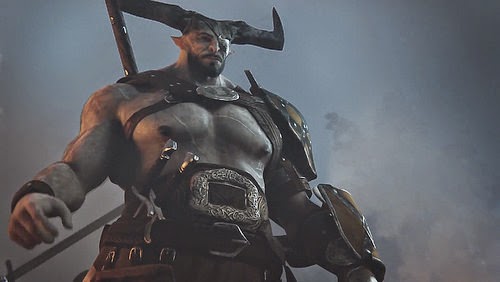 Iron Bull (voiced by Freddie Prinze, Jr.) is a Qunari mercenary who was raised in a culture where people are assigned roles and jobs at an early age, and where everyone knows their place.  Instead of family units, children are raised separate from their parents in groups, and there is no formalized marriage.  The Qunari treat sex as an enjoyable pastime, a way to relieve stress. They view sex workers akin to healers.

They are also kinky.

As Bull describes, “Yeah, it’s not a big deal like it is here.  It’s like… I don’t know, going to see a healer?  Sometimes it’s this long, involved thing.  It takes all day, leaves you walking funny…  Other times, you’re in and out in five minutes…One time they used this thing called the saartoh nehrappan.  It’s a leather-wrapped rod on a harness…”

So, either a male PC or a female PC, of any race (Human, Elf, Dwarf, Qunari) may romance Iron Bull.

(Note: All videos should be considered NSFW.)

There is frank discussion of negotiation, of safewords, and of normalization.  The PC can respond to Iron Bull in a variety of ways, but to continue the romance, the PC must be open to kinky sex.  And it sounds as though Bull delivers on his promises of a good time.

There are certainly worse ways to develop an interest in kink than through roleplaying a relationship that explicitly discusses boundaries, safewords, and consent.
Posted by Kathryn Klement at 5:47 AM No comments: 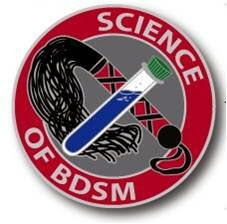